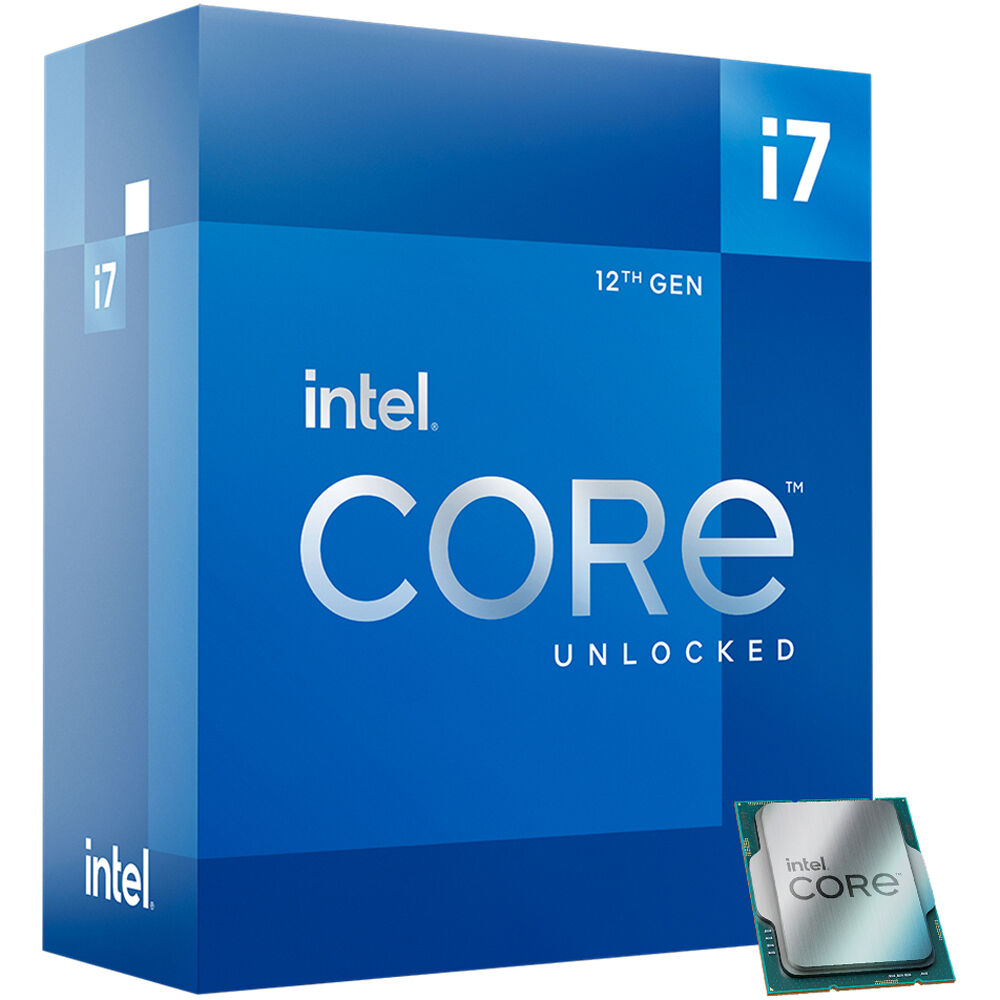 BUILT FOR THE NEXT GENERATION OF GAMINGThe 12th Generation of Intel® Core™ Processors are here! The i7-12700K gives you blazing fast clock speeds and a revolutionary core architecture, you will be able to push your gameplay to new heights while secondary apps run seamlessly in the background. This processor is unlocked and overclockable for you to be able to unleash extreme performance. The 12th Generations CPU's are compatible with most 600 series motherboards and support PCIe Gen 5, you can also take advantage of DDR5 memory and great features like Intel Turbo Boost Max Technology 3.0.

8 PERFORMANCE CORESP-cores are built for performance across single and lightly-threaded workloads, enhancing activities like gaming and productivity.

READY FOR WHATS NEXTThe new processor architecture is also compatible with the latest platform innovations, giving you performance improvements throughout your PC. Support for PCIe Gen 5 and DDR5 for high-performance components like memory and graphics.

STREAMLINED OVERCLOCKINGSeparate overclocking controls for both types of cores gives you nuanced personalization.