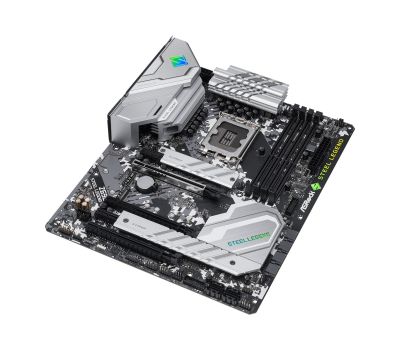 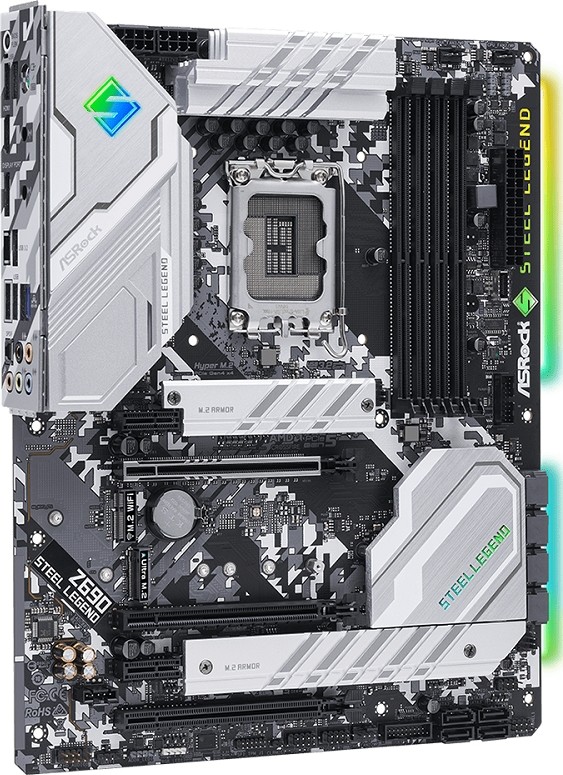 IT'S ALL IN THE DETAILS

The ASRock Z690 Steel Legend is here to herald the arrival of the new 12th generation Intel core processors;

with a new generation comes new performance thresholds and ASrock aren't shy when it comes to implementing new technologies.

ASRock graphics card holder to reduce sag and protects both your GPU and slot. Plus with Polychrome RGB support

own beautiful lighting ecosystem using the onboard RGB and ARGB headers. Perfect for daily users and enthusiasts alike Welcome the Z690 Steel Legend. Dr.MOS is the integrated power stage solution which is optimized for synchronous buck-set down voltage applications!

Featuring sturdy components and completely smooth power delivery to the CPU. Plus, it offers unmatched

overclocking capabilities and enhanced performance with the lowest temperature for advanced gamers as well.

efficiency for memory overclocking! Thus, it's able to support the latest memory modules with most extreme memory performance! 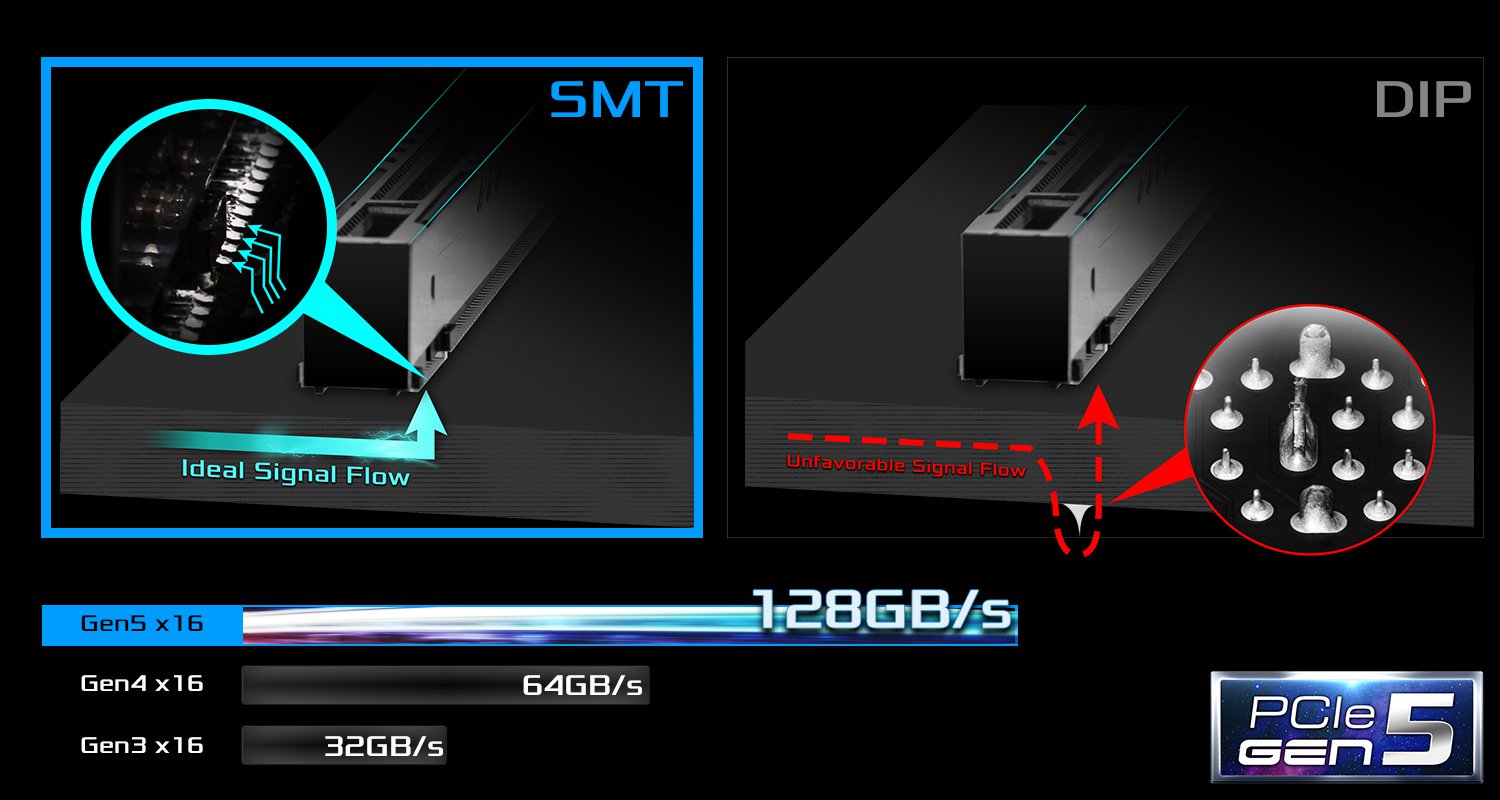 a key breakthrough to fully support the lighting speed of the latest PCIe 5.0 standard. The latest PCI Express 5.0 is capable to perform

This motherboard is capable of accommodating multiple M.2 storage devices, two of which can support PCI Express 4.0 M.2 SSD,

The intelligent 2.5Gb/s LAN platform is built for maximum networking performance for the demanding requirements of home networking, content creators,

online gamers and high-quality streaming media. Boost networking performance up to 2.5X the bandwidth compared to the standard gigabit Ethernet,

Surround yourself in Stunning Sound

Whether you are using headphones, a headset, external or internal speakers, via USB, Wi-Fi, analog output or even HDMI, Nahimic

Audio offers you the most engaging listening experience, vibrant and rich with details. The Sound Tracker is a visual indicator that points

out the directions from which predominant sounds are coming. Each sound is properly positioned in 360° on a radar for a full immersion during the game. 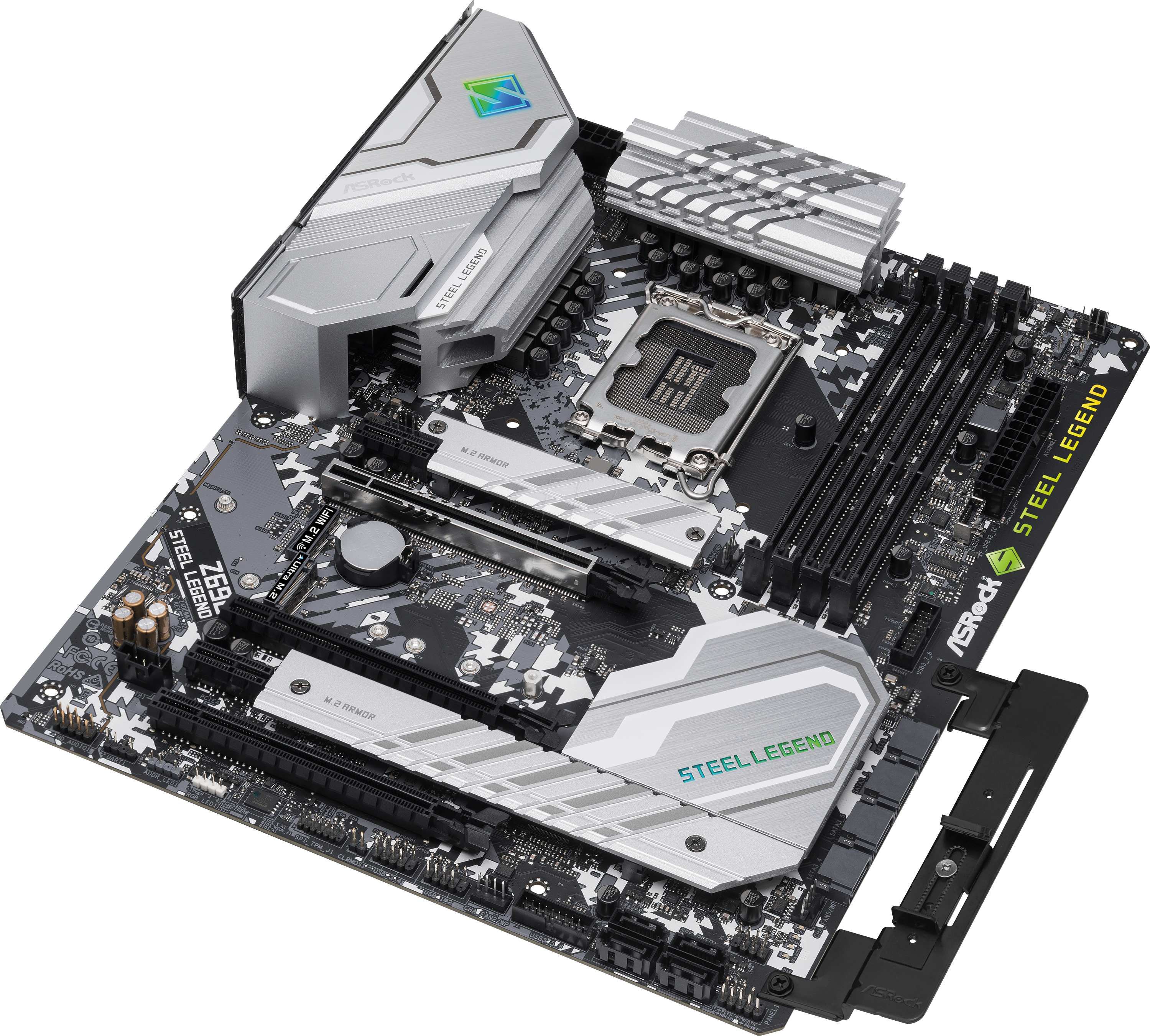 In addition to the built-in RGB illumination, it also features onboard RGB headers and an addressable RGB header that allows the motherboard

to be connected to compatible LED devices such as strips, CPU fans, coolers, chassis and so on. Users may also synchronise RGB LED

devices across the Polychrome RGB Sync-certified accessories to create their own unique lighting effects.