DrayTek Vigor2952 Series serves as a VPN gateway and a central firewall for multi-site offices and teleworkers. With its high data throughput of two-Gigabit Ethernet, Dual WAN, VPN trunking and 4 Gigabit Ethernet LAN ports, the device facilitates productivity of versatile business operations. The establishment of VPN tunnels up to 100 simultaneous tunnels (including 50 SSL VPN tunnels) can provide secure communications between sites.

Vigor2952 Series has two Gigabit Ethernet WAN ports that can be used for any types of connection, 3G/4G/LTE USB cellular modem can also be attached to the two USB ports on the router to add wireless connectivity. Up to 4 WAN can active simultaneously to share the traffic load, or some of them can be configured to Failover mode, which will be automatically activated when detecting connection loss or heavy load on the primary connection.

Vigor2952 Series has implemented Stateful Packet Inspection (SPI) Firewall, flexible filtering rules can be set up  to accept or deny packets based on source IP, destination IP, protocol, port number, or even the packet's contents. Content Filtering by URL keyword or application can help you to prevent time and network resource wasting on inappropriate network activities.

With an annual subscription to CYREN Web Content Filtering service, you may also filter the websites by their categories, and set up restrictions to block the whole categories of websites (such as Social Networking, Gambling.. etc.) without the need to specify each site you would like to block. The CYREN service is constantly updating the categorization, and a free 30-day trial is included in each new router.

To ensure the reliability of VPN connections, VPN Trunking is also supported by Vigor2952 Series, this allows you to set up a pair of VPN tunnels to the same remote network but through different WAN interfaces. The two trunking tunnels can be set up in load balancing or failover mode.

To ensure the network reliability, Vigor2952 Series provides high-availability feature and allows another (or more) redundant Vigor2952 to be added to the network. A pair (or more) Vigor2952 can be set up in master/slave configuration. Normally, only the Master Vigor2952 will be active and provide internet connectivity to the LAN network. In the event of a hardware failure on the primary Vigor2952 or its WAN connection, the Standby Vigor2925 will automatically take over the traffic without any re-configuration required. 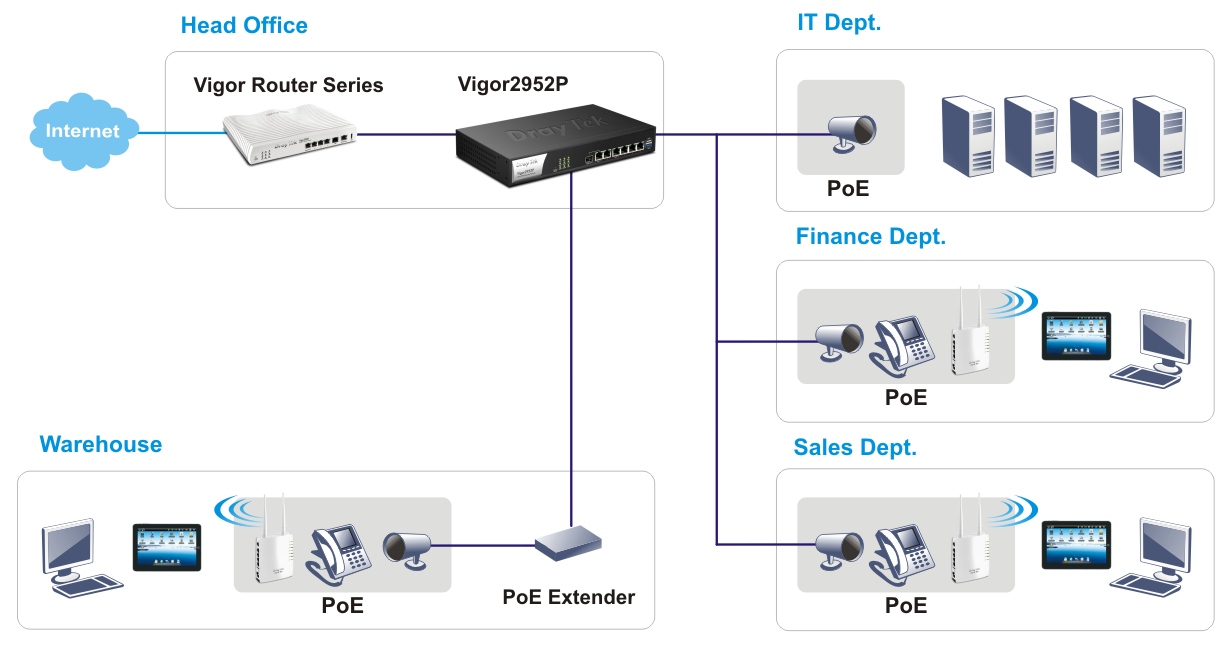